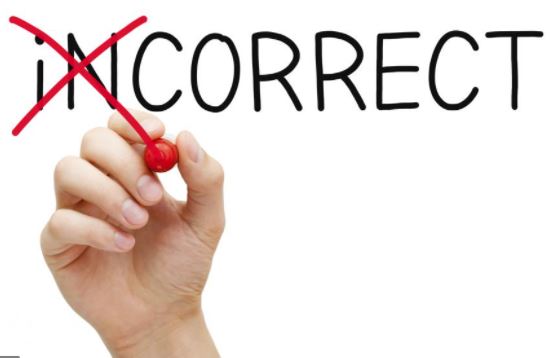 1. Correction of a lasting nature,—and only this is true correction,—cannot be made until the teacher of God has ceased to confuse interpretation with fact, or illusion with truth. ²If he argues with his pupil about a magic thought, attacks it, tries to establish its error or demonstrate its falsity, he is but witnessing to its reality. ³Depression is then inevitable, for he has “proved,” both to his pupil and himself, that it is their task to escape from what is real. ⁴And this can only be impossible. ⁵Reality is changeless. ⁶Magic thoughts are but illusions. ⁷Otherwise salvation would be only the same age-old impossible dream in but another form. ⁸Yet the dream of salvation has new content. ⁹It is not the form alone in which the difference lies. (ACIM, M-18.1:1-9)

The entire purpose of the Course is to show me a way out of my belief in illusion, and fighting against illusion is encouraging the belief in it. Who would fight something unless he thought it was real? There are so many ways in which this happens. For example, I heard or read:

These are the very obvious temptations, and yet who has not done this at times?

Who has not corrected someone for their own good, or covered their tracks with “kind and gentle” words so the attack seems less cruel? And yet, correction is correction no matter what kind of face we put on it, and to believe in the need to correct is to reinforce the belief that this bit of illusion is certainly real enough to warrant our attention. And if we don’t get this right there will be real consequences from which we must escape.

This is insane and when I am in my sane mind, I don’t do this. I don’t want to teach illusion is real because I don’t want to learn illusion is real. When I am in my sane mind I respond from sanity, from the Holy Spirit. I respond from the Truth that is in my mind. It tends to be in the form of an “I” thought, a story from my experience. It never calls to question the other person’s interpretation. As often as not the answer is silence.

This is an easy and peaceful way to live. Living from the “I don’t know” mind is an honest way to live.