ACIM Lesson 330 I will not hurt myself again today.

Let us this day accept forgiveness as our only function. ²Why should we attack our minds, and give them images of pain? 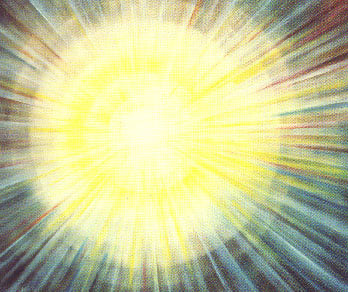 I will not hurt myself again today.

I will not hurt myself again today.

1. Let us this day accept forgiveness as our only function. ²Why should we attack our minds, and give them images of pain? ³Why should we teach them they are powerless, when God holds out His power and His Love, and bids them take what is already theirs? ⁴The mind that is made willing to accept God’s gifts has been restored to spirit, and extends its freedom and its joy, as is the Will of God united with its own. ⁵The Self which God created cannot sin, and therefore cannot suffer. ⁶Let us choose today that He be our Identity, and thus escape forever from all things the dream of fear appears to offer us.

2. Father, Your Son can not be hurt. ²And if we think we suffer, we but fail to know our one Identity we share with You. ³We would return to It today, to be made free forever from all our mistakes, and to be saved from what we thought we were.

Our Minds Are Powerful

Why should we teach them (our minds) they are powerless? That is the phrase that grabbed my attention because I have been working with this idea lately. I realized recently that I have been acting as if I am powerless in one area of my life. For the most part, I realize that my mind is very powerful. For instance, I was talking to my son last night about beliefs and how just because we believe something doesn’t make it true. We talked about changing our minds about what we believe and he noted that we could become new people in doing this.

⁵True learning is constant, and so vital in its power for change that a Son of God can recognize his power in one instant and change the world in the next. ⁶That is because, by changing his mind, he has changed the most powerful device that was ever given him for change. (ACIM, T-7.V.7:5-6)

A Belief in Lack

When I think about it, I realize that this powerful mind we share has made an entire world. And that is not all. In every moment, we are deciding what a thing means and so deciding what our life is going to be like within this world. Here is an example. If I had a belief in lack, I would always be expecting to lose or not have what I need. It wouldn’t matter how true that belief was. The feeling of constantly being at a loss would change how I acted and reacted to people and situations.

For instance, if I was worried about not having enough, I would resent people who wanted some of what I had. Their need would feel like an attack and I would want to defend myself. That one thought would bind me to the world through creating a sense of separation and the need to defend myself from an ‘other.’ Because I would not only have believed in lack, I would have acted upon it, the belief would now be stronger. Since the belief in lack would be stronger in my mind, I would be more attracted to the idea and so it would show up more.

The miraculous thing about this whole scenario is that it can change as soon as I want to change it. The mind powerful enough to make an entire impossible world and make it believable, is powerful indeed. As soon as I open my mind enough to question that belief, it becomes immediately possible to change it. If, however, I am too closed off to consider a change, everything stays the same.

Through the study of the Course, I have learned not to close my mind. Any time someone suggests a new way of seeing something, I immediately consider it. I know that beliefs are not truth, they are just perception, a way of seeing things. I will not teach my mind that it is powerless. Instead, I will ask myself a very important question. Is this belief bringing me closer to my goal of the peace of God? If it is not, I welcome a new understanding and I change my mind.

Arguing Against the Better Belief

When I first started doing this, it felt like it was hard to change my mind. However, as I continued the practice, I realized that it felt hard only because I was resisting. For instance, I really did have a belief in lack for a long time. The logic of the Course convinced me that this was not a good choice of beliefs. So, I started trying to change my mind. But I would argue against the idea of abundance based on my past experiences. It seemed I had all the proof I needed that lack was real and true for me.

Still, I was also sure that Jesus knows what he’s talking about so I considered that maybe I was wrong and he was right. I kept watching for signs of a belief in lack. I would then choose to release that thought. I would often pick it back up, but I would just release it again. I continued that simple practice until my mind flipped. Now I believe in abundance and expect abundance. My life feels very different in that area. I find the path I am on now, while still a dream, is a happier dream.

I have learned to question all my beliefs. As a result, many beliefs have been changed and thus my experience of life has changed. I no longer believe that God is asking me to sacrifice. While I still suffer from my own faulty choices at times, I know I don’t have to and that I can change my mind. I’ve proven to myself that this is true. While it is a nicer dream, the important change is that I am more identified with my Self now than with the ego-self. Stepping into the power of God in me has helped me believe His power really is mine and I am meant to use it.

To enjoy the Pathways of Light Insights on ACIM Lesson 330 click here.