The ego is idolatry; the sign of limited and separated self, born in a body, doomed to suffer and to end its life in death. 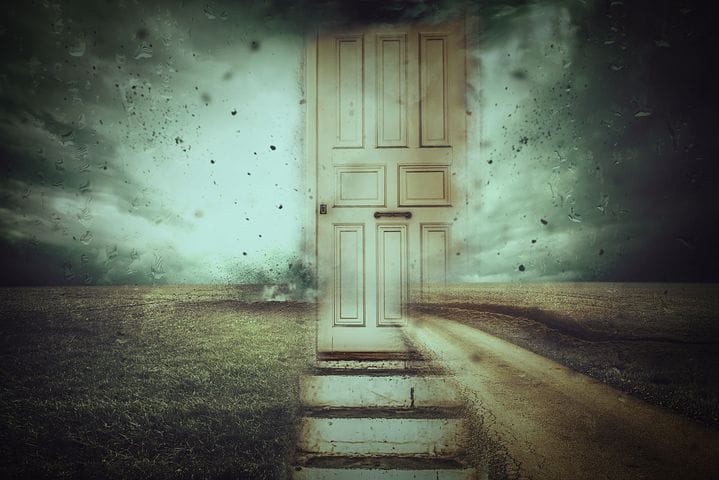 1. The ego is idolatry; the sign of limited and separated self, born in a body, doomed to suffer and to end its life in death. ²It is the “will” that sees the Will of God as enemy, and takes a form in which it is denied. ³The ego is the “proof” that strength is weak and love is fearful, life is really death, and what opposes God alone is true.

My son came home for Thanksgiving. I love him and enjoy his visits. But the ego has thoughts about him such as he isn’t sleeping well and has been sick. And there is concern that being on the road with all the other holiday traffic is dangerous. In other words, my son is this frail body, born to suffer and die. His body itself is proof that he has overcome the Will of God. And just like that, a sweet visit becomes stressful and Love becomes a fearful thing. These thoughts of loss run through the mind and seem to prove that the ego is real and God is not.

The Ego Is Insane

2. The ego is insane. ²In fear it stands beyond the Everywhere, apart from All, in separation from the Infinite. ³In its insanity it thinks it has become a victor over God Himself. ⁴And in its terrible autonomy it “sees” the Will of God has been destroyed. ⁵It dreams of punishment, and trembles at the figures in its dreams; its enemies, who seek to murder it before it can ensure its safety by attacking them.

How could the idea of a lovely visit from my son and wonderful meal with family suddenly become so stressful? When we identify with the ego and think we are a body, our true identity is obscured from us. We think we are apart from each other and from God. There is a hidden belief that we have overcome God and that He will punish us for our betrayal.

Our unacknowledged guilt is, non-the-less, sensed and is then projected onto the world. Everyone is seen as a potential enemy, even our loved ones. We are ever on guard to defend ourselves. I used to experience this as an underlying stress that I would say the wrong thing and offend someone I cared about. I would defend myself by acting as if I didn’t care.

If a problem did occur between us, I would tell myself that they were overly sensitive. In other words, I would project my guilt onto the world, making even loved ones the enemy. Then in my fear, I would defend myself by projecting the guilt for the problem onto them. In so doing, I would make it their problem and thus impossible for me to correct.

3. The Son of God is egoless. ²What can he know of madness and the death of God, when he abides in Him? ³What can he know of sorrow and of suffering, when he lives in eternal joy? ⁴What can he know of fear and punishment, of sin and guilt, of hatred and attack, when all there is surrounding him is everlasting peace, forever conflict-free and undisturbed, in deepest silence and tranquility?

This is the truth of our nature, who we really are. Because this is the Will of God, we cannot be otherwise. Therefore, who we think we are as bodies is an illusion, a dream of existence. No matter what happens in the stories, no matter what happens to the bodies in these stories, we are safe. We cannot be hurt. We remain at peace, undisturbed, in deepest silence and tranquility. Oh, my!

4. To know reality is not to see the ego and its thoughts, its works, its acts, its laws and its beliefs, its dreams, its hopes, its plans for its salvation, and the cost belief in it entails. ²In suffering, the price for faith in it is so immense that crucifixion of the Son of God is offered daily at its darkened shrine, and blood must flow before the altar where its sickly followers prepare to die.

We are so accustomed to suffering that we often fail to recognize it. Even in the happiest of moments, our mind continues to plan its defenses against inevitable losses. How could that be happiness? Regardless of the life we live, only death awaits us. Could that be happiness? Choosing the ego as our identity is choosing daily crucifixion. This is not happiness and it is not necessary.

5. Yet will one lily of forgiveness change the darkness into light; the altar to illusions to the shrine of Life Itself. ²And peace will be restored forever to the holy minds which God created as His Son, His dwelling place, His joy, His love, completely His, completely one with Him.

Let us forgive the idea of the ego and its separation devices. Let us forgive the idea that we could be less than God created us to be. That is what I did this morning when the ego presented me with its dark gifts. I forgave the belief that my son is endangered in any way. He is the Son of God and always has been, always will be.

He is not this body and not this story. What will happen in the story of Myron and her son? I don’t know, but I do know that what happens in the story does not happen to either of us. We are safe and we are deeply and forever loved because we belong to God. We are what He created and where He established us. I will not crucify myself by giving belief to ego thoughts otherwise.

Prayer support through Pathways of Light