ACIM Miracles Principle 33 Miracles honor you because you are loveable. Principle 34 Miracles restore the mind to its fullness. 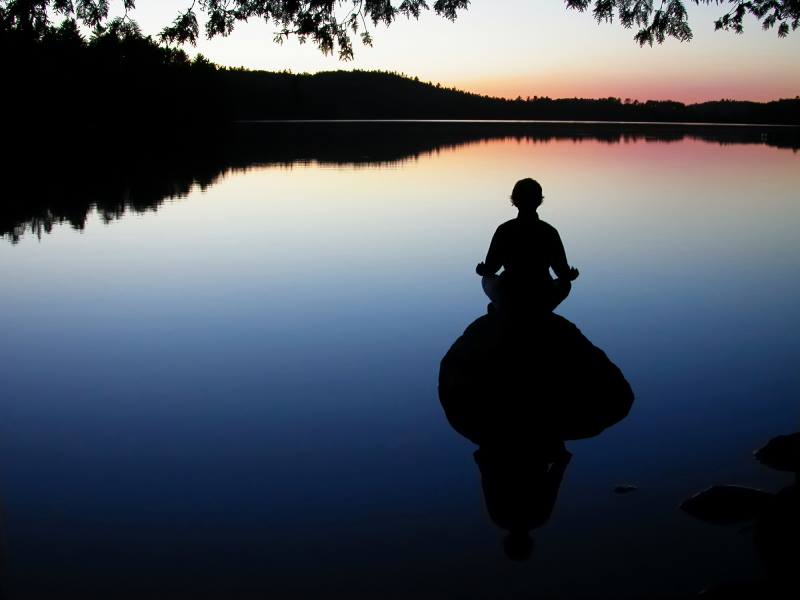 ⁵It will restore the invulnerability and power God gave His Son to your awareness. (ACIM, W-62.3:5)

33 Miracles honor you because you are loveable. They dispel illusions about yourself and perceive the light in you. They thus atone for your errors by freeing you from your nightmares. By releasing your mind from the imprisonment of your illusions, they restore your sanity.

I have imprisoned my will, the will I share with God. I have closed off all memory of that glorious Self so that I could have a realistic experience of being separate. And I have done a good job of this. My experience feels so real. I can hardly believe that I am not a being in a body with its own separate will.

It seems so real, all this emotion, the anger, fear, shame, jealousy, suffering, disappointment. And then the wild swing to pleasures of all kinds, only to plummet into bitter disappointment as I realize the pleasure is never permanent. Wow! What a ride this turned out to be. I don’t remember my true nature yet, but what an extraordinary and powerful being I must be to have done this.

When I chose to plunge into this freewheeling experience of feeling separate from God, I knew it wasn’t real, but also knew that I would forget that it was not real. So God left a key in my mind, a way to extricate myself from the dream world I had made. As my mind became ready to be released from this self-imposed prison, I would find the key. The key would begin unlocking prison doors, not all at once, but one at a time at first, so I could slowly back out of the stories. It would be too startling, too jarring, too frightening to just pop out of it.

For the Myron character, this seemed to begin as an awareness that things are not as they seem. Then various books and teachers showed up in her life to point to different ways to see things. She slowly became aware of an alternative Voice in her mind, one that began to reveal her true nature.

This same thing, with variations, began to happen for, first, a few, then more and more of us. Because all of these characters are from the same mind, the more of them that awaken, the easier it is for the rest. I am in awe of the first few of us to hear that Voice and follow it. That could not have been easy. Now there are so many of us waking up that the mind responds more quickly and easily.

One day I had the beginnings of a migraine. It was an intensely painful headache and nausea. I immediately took a pill because my experience is that I have to catch it quickly, or it can last up to three days. That seemed to work, but then I woke up the next day, it was back. I didn’t want to take another pill because I had to go to work. Suddenly I remembered that this headache is not real. I allowed the thoughts to come to me.

It was gone. It could not stand against the truth. Really, what happened is that I wanted to know the truth. I wanted my true Self to be released from the prison of false thoughts I had designed to hide my Self from my self. And so, this is what happened. “Nothing occurs but represents your wish, and nothing is omitted that you choose.” WB L152

The miracle that I experienced occurred because of the decision to know the truth. I decided I wanted to know the truth about this headache. So, I set aside all I thought I knew about migraines and the way the world works. I stepped out of the bounds of time and space and the laws of the world and fully accepted that I am under no laws but God’s. I ignored all I taught myself, all the proof I had provided for myself that the world is real and its laws immutable. That was a miracle. The effect of the miracle was the instant release from pain.

Now here is the tricky part, the part where confusion is most likely to obscure the truth. I am happy I decided not to have a migraine. In the story which I am still experiencing, Myron is mostly concerned with freedom from pain. I am still identified with that persona, so I am happy, too. However, I am not as identified with her as before and I am also identified, perhaps more identified, with spirit.

I stood there in the middle of the floor feeling intense gratitude as I felt no pain and as I realized that I would never again be able to blindly accept that I am under laws that were made to bind me to the illusion. I still feel pain, just as I still have ego thoughts, and I asked for enlightenment about this. The feeling and thought that came to me were that the miracles would continue to flow through me and that I can wait in certainty for complete healing. No worries. I suppose I am still unlocking doors, one at a time.

34 Miracles restore the mind to its fullness. By atoning for lack they establish perfect protection. The spirit’s strength leaves no room for intrusions.

As we perform miracles, our mind is returned to its natural state. It knows no lack and knows no fear. It is strong and invulnerable, and nothing from the ego thought system of separation can distract or confuse it. This is the purpose of miracles, to bring us to our right mind. This is inevitable for each and every one of us. Nothing can prevent this from happening.

Here is what has happened to me so far. At first, I would have a remarkable healing of my mind but then would go back to ego thinking. It was discouraging and a little scary. I wondered if I would ever do better. But each time I looked at ego thinking with the Holy Spirit, healing was occurring whether I was aware of it or not. Over a period of time, it became natural to watch my thoughts like this, and letting them go was easier and easier.

My mind has not yet reached the state where there are no intrusions, but there are few and easily released so that I generally return to a peaceful state within minutes. Sometimes before A Course in Miracles, I held onto grievances for years. Once I first began this process of mind healing, it would at times take months, and eventually just days and finally hours. Now it is almost instantaneous for the most part.

I see that I made a mistake in the past when I discounted miracles that I experienced because they didn’t seem big and showy. That is because I did not yet understand the nature of miracles. I didn’t even recognize the miracle when it happened through me, but it didn’t matter. The miracle still did its job, and my mind continued to heal.

Once when I was working, a man came in and started looking around. When I offered to help, he began telling me the story of his troubled life. I had no idea what to say. I did not at that time have much of a spiritual practice. A Course in Miracles wasn’t part of my life. But I instinctively asked within for help. I opened my mouth and said just the right thing. I was amazed and never forgot that, even though I did not understand the significance of what had happened.

In responding to the desire to be helpful, I joined with my brother in a shared purpose, and a holy instant occurred. I willingly stepped back and allowed an Intelligence greater than mine to move through me, and so I was truly helpful. I didn’t know how to do any of this or even that it was possible. And I didn’t know what it meant to do this. And yet, it was done because I responded to a deeply buried but strong impulse toward miracles. It was done simply because I allowed it.

That encounter was a miracle, whether I acknowledged it as such or not.  The miracle requires so little of us. In fact, when I was so strongly identified with the personality self, I am sure I would have been dismayed to discover how very little was required of me. ~smile~ Now I am very happy to know that my job is to desire miracles and, when guided to do so, to allow them to be done through me.

This is a course I took myself, and have found it to be very valuable. I have since done this with others. Click here to read about it.