ACIM Principle 31 Miracles should inspire gratitude, not awe. Principle 32 I inspire all miracles, which are really intercessions. 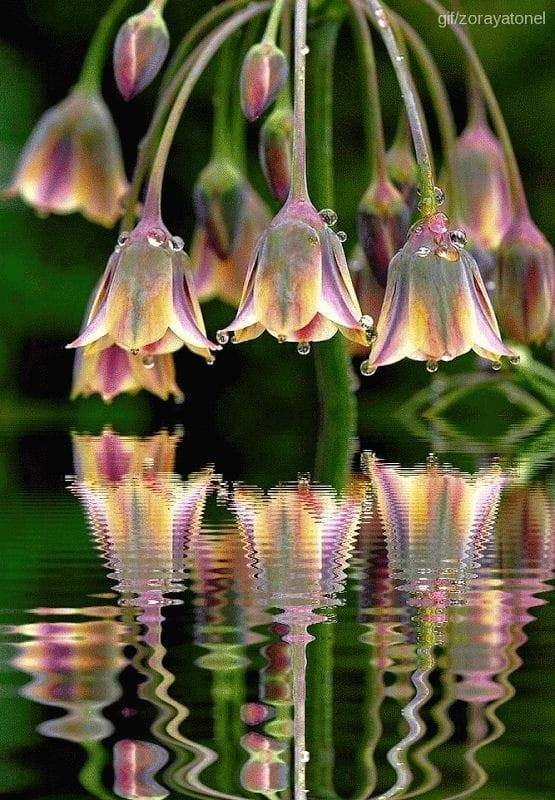 A Course in Miracles

Check out My Book

31 Miracles should inspire gratitude, not awe. You should thank God for what you really are. The children of God are holy and the miracle honors their holiness, which can be hidden but never lost.

If I see a miracle or experience a miracle and feel awe, it is because I don’t really believe I am holy. Miracles are not a special gift to us; they are our right because of who we are. When I don’t experience miracles, I should be surprised, not the other way around.

I was thinking about times when I experienced miracles. Once, at the beginning of my study, I was caught up in a grievance. I was so angry with someone that I could not imagine ever forgiving them. I hated that feeling and wanted so much to be free of it, but then I would think about how wrong that person was and how much he hurt me. So, I prayed and prayed and tried affirmations and cried, and nothing happened for the longest time.

Then one day, I didn’t want that grievance. I didn’t care who was right. And I didn’t care if I seemed to be hurt. I just didn’t want it. The miracle occurred. Years, literally years, of anger, frustration, hatred, guilt, and fear just melted away as if they had never been. It was immediate and complete, and it happened because that is what I wanted. Am I powerful, or what?

The miracle could not be forced on me or the grievance torn from me. But the moment I wanted it without reservation, it was mine. I was reminded of this while reading a novel yesterday. It is called A Discovery of Witches. In it, a young witch has been spellbound. For the longest time, she could not use her magic.

She remembered being able to use magic long ago when she was just a child, but that ended when she was seven and lost her parents. Then when she opened an ancient manuscript, she began to experience her magic, but only in what seemed to be a random way. Eventually, she discovers she is spellbound, and the spell keeps her magic from being forced from her by anyone, even herself.

The reason the magic sometimes works is that it only works when she needs it. It seemed random because sometimes the need was minor, and so she didn’t put the two things together. She would try to make a spell work, but no matter how hard she tried to force the magic, nothing happened. But she would need a book from the shelf, and it would appear next to her. So, she learned to relax and not worry about the magic, knowing it would be there when she needed it.

This was how the miracle of the disappearing grievance happened for me. I have power beyond imagining and can and do make things appear and disappear. In fact, nothing occurs without my consent. But my power is “spell-bound.” For reasons of my own, I wanted to experience life as if I were not an unlimited being, and so I enchanted myself. My power cannot be forced from me, not even by myself. The Holy Spirit can only point the way; He cannot force me to be my Self.

Like the witch in my story, I, too, am on a quest to find the answer to this spell. She is following clues and being supported by those who love her. Part of the answer lies in joining with another person to find the solution, and this joining for a single purpose is an essential part of unbinding her magic. Sound familiar? All through the Course, Jesus leads us from separation to joining in order to remember who we are.

The witch in the story finds many clues in an ancient manuscript, and I find my clues in A Course in Miracles. It is peppered with reminders of who I am, but like the witch I am reading about, I at first did not understand them. This is because I really believed my experience of being powerless meant that I was powerless, just as she really believed she could not do magic because she was not doing it.

It’s Not About Force, It Is About Desire

In order to regain her magic, the witch had to stop trying to force it, and in order to regain my power, I had to learn that I could not make it happen but I could allow it to happen. My power responds to my undivided will, or another way to say it is that my desire must be whole. It turns out she could have magic when she needed it. I have miracles when I truly want them. Her magic could not be forced, and my power cannot be forced. Like the witch, discovering my power has created conviction in that power.

The reason I had to wait for so long for the miracle of a healed grievance is that I didn’t really want it, not if it meant giving up my resentment and letting the other person off the hook. What I was really praying for was that the other person should remain guilty but that I should feel better anyway.

The problem with that was I had to remain in the prison of guilt to which I had condemned the other person. After all, I couldn’t take my eyes off the hate in case he escaped from it. It was insane behavior for a person who claimed to want freedom from pain and suffering. I could not force the situation to resolve, but the moment my desire for freedom was complete, the prison disappeared, and we were both freed. Just like that! It was a miracle.

32 I inspire all miracles, which are really intercessions. They intercede for your holiness and make your perceptions holy. By placing you beyond the physical laws they raise you into the sphere of celestial order. In this order you are perfect.

“Thank you, Jesus.” I feel a lot of gratitude this morning as I read these words. Jesus inspires the miracles that are becoming more commonplace in my life. When I am identified with the Myron character, I don’t feel holy or perfect. But through this persona, I am inspired by Jesus to express my desire to let go of the ego and wish for a separate will. When I do this, and to the degree to which I do this, I am placed beyond the physical laws of the world, and so miracles abound because as my Self I am perfect.

I understand now that miracles are the result of knowing I am under no laws but God’s. My friends and I were talking about unusual phenomena that seem to occur around some highly awakened individuals. Some of these unusual phenomena seem more extraordinary than others, and yet, is it really?

If someone seems to hover above the floor, manifest physical objects out of nothing, or heal the sick or raise the dead, what have they done? In each case, they have simply manipulated matter. They have ignored the laws of the world because they know these laws are made up and not real.

A friend of mine once watched her hand disappear while doing the first four lessons. One might argue that while this was a unique and convincing experience for her, it is hardly the same thing as healing a leper. But there is no difference. In both cases, the only thing that happened is that belief in the world as reality is, at least, temporarily suspended.

There is no order of difficulty in miracles. A miracle occurs when the mind, to some degree and for that moment at least, is healed. That healed mind then manifests a different world, a world that reflects its true nature, which is ephemeral. It is not real, and its laws are not binding.

When with the body’s eyes I look at the world, I see solid objects, and with an unhealed mind, I believe this is the only reality. I see it; therefore, it must be real. As the mind becomes healed and begins to awaken from its dream state, the solidity of form begins to waver. It is not form that changes, of course, but rather an awakened mind remembers that form is nothing.

An awakening mind begins to remember that it is not subject to form, but is the maker of form. In this state of mind, manipulation of form is simple. I suppose from a fully awakened state, the mind does not see the manipulation of form as miraculous, just normal and maybe interesting. While still in thrall to the idea of separation and form as reality, it absolutely appears miraculous.

The value of experiencing miracles at this time is that they provide conviction that I am beyond physical laws. Somewhere I am being gently shaken awake with these miracles that have been inserted into my dream through my own true desire. Some part of my Self is shaking me and saying, “Wake up, sleepy head. Let go of your silly dream and join the rest of Us here in the Celestial Realm, you holy and perfect Son of God.