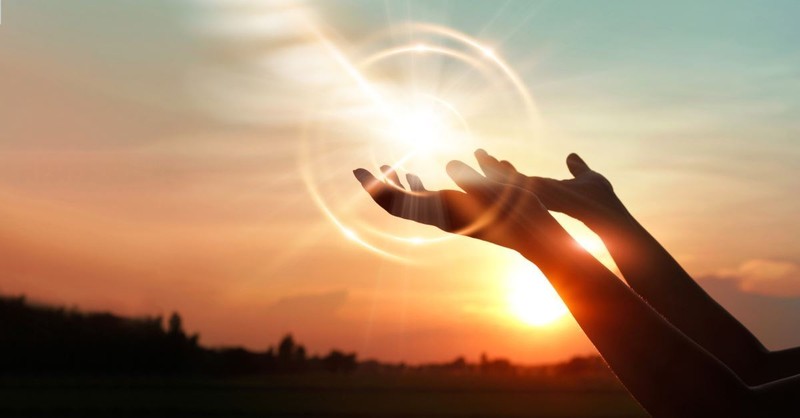 II: The Shift in Perception

3 What is the single requisite for this shift in perception? ²It is simply this; the recognition that sickness is of the mind, and has nothing to do with the body. ³What does this recognition “cost”? ⁴It costs the whole world you see, for the world will never again appear to rule the mind. ⁵For with this recognition is responsibility placed where it belongs; not with the world, but on him who looks on the world and sees it as it is not. ⁶He looks on what he chooses to see. ⁷No more and no less. ⁸The world does nothing to him. ⁹He only thought it did. ¹⁰Nor does he do anything to the world, because he was mistaken about what it is. ¹¹Herein is the release from guilt and sickness both, for they are one. ¹²Yet to accept this release, the insignificance of the body must be an acceptable idea.

Healing is a shift in perception. When I chose healing, I changed my mind about what I thought was possible. My perception up to that moment was that my body responded to environmental conditions. Pollen, grass, most trees, molds and a long list of foods would cause my body to have an allergic reaction. I decided that, although I didn’t know how it could happen, I was willing to be free of this belief. I asked the Holy Spirit to help me. And I became willing to let Him.

This was not a total reversal in my thinking. It was like putting my toes in the water to see what happened. But what happened changed my mind in a way that affected the rest of my life. From that point on I became more willing to realize that my mind is what needs healing. My body does not nor do my circumstances. It is taking a good deal of time for me to accept the full implication.

I have had many experiences since then that helped me to accept that the world never rules the mind. Instead, it is always the other way around. It took even more time for me to accept no compromise in the recognition that I am completely responsible for my life. Every time I noticed I was resisting this fact I turned my attention to the Holy Spirit for correction. This gentle process of mindfulness and willingness peeled away the layers of illusion that I used to keep the separation idea in place.

Soon, instead of trying to figure out what is wrong with my body, and what in the world caused it. I was reminding myself that I am experiencing illness because I have chosen it. I am keeping this illness because I see some value in having it. Having established the source of the problem, I asked the Holy Spirit to heal my mind. I believed the body would likely follow.

In the Text Jesus reminds us that guilt and sickness are the same thing. Sickness is the outward manifestation of the guilt that I am holding in my mind. It doesn’t matter if I think I am guilty or if I think the other person is guilty. It is the same thing and creates the same effects. As I am allowing the Holy Spirit to heal my mind, I am becoming more willing to look at the buried guilt. I am learning that I have not actually done anything, but only dreamed I did. I have nothing to feel guilty for.

So, what we have discovered about sickness so far is this.

Could it be so hard to accept that the body is insignificant? It would seem so. It took me many years to do this. First there is the belief that the body is who I was. I don’t know if this is still taught in the Catholic Church of if other churches teach it in one form or another, but we were told that cremation was a sin. We were told that if the body was cremated, we would have no body in Heaven. My goodness, talk about making the body significant! If I believe I am the body, I will be reluctant to accept its insignificance. Perhaps this is one reason Jesus places such an emphasis on the fact that we are not the body.

Later, I decided that I am spirit occupying a body and that when I died, I would be set free from the body. But that was an error as well. This belief leaves me prisoner to the body and gives the body significance in this way. But Jesus tells us that we are not a body and are not in a body. My next step was to accept that I am spirit and I am pretending to be a body. I was much closer now because I was seeing my nature as being separate from the body.

Now, I see the body as a manifestation of a belief that I want to experience as if it is real. It is just energy condensed into form and I am interacting with that energetic object. Another way to say this is that the body is a thought form projected outward from my mind in such a way that I can have an experience of being in the form. It is a mind game and I am the gaming master.

Now that I am no longer attached to the idea of the body as real and important, and now that I no longer believe in guilt, I am ready for the next logical step. I am ready to merely rise up and say, “I have no use for this.” I wonder if this will be simple or if I will have to struggle against the ego resistance. We will see.