ACIM Daily Lesson 159 I give the miracles I have received. 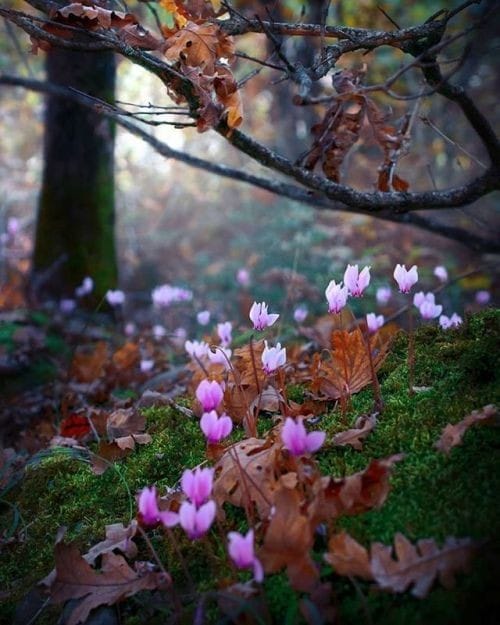 I give the miracles I have received.

past contemplations for lesson 159

I give the miracles I have received.

1. No one can give what he has not received. ²To give a thing requires first you have it in your own possession. ³Here the laws of Heaven and the world agree. ⁴But here they also separate. ⁵The world believes that to possess a thing, it must be kept. ⁶Salvation teaches otherwise. ⁷To give is how to recognize you have received. ⁸It is the proof that what you have is yours.

2. You understand that you are healed when you give healing. ²You accept forgiveness as accomplished in yourself when you forgive. ³You recognize your brother as yourself, and thus do you perceive that you are whole. ⁴There is no miracle you cannot give, for all are given you. ⁵Receive them now by opening the storehouse of your mind where they are laid, and giving them away.

Giving is receiving is an important idea in the Course. Jesus talks about it often and this must be because it is necessary that we understand and accept it. Here, Jesus is telling us that first, we must receive the miracle before we can give it and this is easy to understand because it is the same in the world. I can’t give you money if I don’t have any to give. I cannot share with you the miracle of a healed mind if my mind is not healed.

Then he tells us that within our minds are all miracles and the way to know they are there is to give them. When we open our minds with the intent of giving them, it is done. We can correlate this to something in the world as well. If you need food, I will have to open my pantry where it is stored and give it to you from there. If you need my money, I must open my checkbook and give it to you.

But here the miracle differs from the world’s idea of giving because when I give you my food, that food is gone and I no longer have it. When I give you my money, I have less money. The miracle is different. If I forgive, my mind is healed and I can give you forgiveness over and over again and I do not lose forgiveness. In fact, the more I give it, the stronger is my belief in forgiveness. And also, it is in the giving of forgiveness that I come to accept that I am forgiven.

I see this very clearly when I accept healing of the idea that someone is guilty. Let’s say that someone I know stole something from me. I know she stole it because it was there when she visited me and gone when she left. My first instinct would be to think of that person as a thief and maybe not have her in my house anymore. I would feel taken advantage of and betrayed.

But if that happened, I would notice how those thoughts made me feel and realize that while she took some object from me, I was robbing myself of my peace of mind and my happiness. Having seen this and realizing that I was not willing to do that to myself, I would ask the Holy Spirit to look at it with me. I would talk to Him about it telling Him what happened and how I felt about it. Then, I would ask Him for a miracle. I would ask Him to heal my mind of those beliefs.

Miracles Increase in the Giving

Now that my mind was healed, I would want to give it away. Unlike money and food, miracles increase in the giving. I would look again at my friend and question the idea that she is guilty because she stole from me. As the Holy Spirit and I looked together at her, I would see past the body and the story of the body to the spirit within. I would look with Christ’s vision and see her as my sister, one with me, and part of the Christ Mind. I would remember that she is not her story of being a thief any more than I am my story. She cannot be guilty because she was created by God as I was created by God. It would be my spirit looking at her spirit and recognizing that we are one.

Christ’s Vision Is a Miracle

3. Christ’s vision is a miracle. ²It comes from far beyond itself, for it reflects eternal love and the rebirth of love which never dies, but has been kept obscure. ³Christ’s vision pictures Heaven, for it sees a world so like to Heaven that what God created perfect can be mirrored there. ⁴The darkened glass the world presents can show but twisted images in broken parts. ⁵The real world pictures Heaven’s innocence.

In the world, my friend would be seen as being guilty of being a thief. But this is not the truth of her. Yes, in this story she is reviewing, she steals and in the story of Myron that I am reviewing, I will keep that in mind. I will put my valuables away so that she is not tempted by them and so that I don’t lose them. Maybe we will meet at her house or at Starbucks for our visit. I will do in the story whatever needs to be done. But in my heart, I know who she is. I recognize myself in her when I look past the story of these two bodies. I recognize our oneness and our innocence.

Christ’s Vision Is the Source of Miracles

4. Christ’s vision is the miracle in which all miracles are born. ²It is their source, remaining with each miracle you give, and yet remaining yours. ³It is the bond by which the giver and receiver are united in extension here on earth, as they are one in Heaven. ⁴Christ beholds no sin in anyone. ⁵And in His sight the sinless are as one. ⁶Their holiness was given by His Father and Himself.

5. Christ’s vision is the bridge between the worlds. ²And in its power can you safely trust to carry you from this world into one made holy by forgiveness. ³Things which seem quite solid here are merely shadows there; transparent, faintly seen, at times forgot, and never able to obscure the light that shines beyond them. ⁴Holiness has been restored to vision, and the blind can see.

Jesus is talking about the two worlds, neither of which is reality. The world we see ourselves in now is the world of the ego. It is a world of pain and suffering that ends in death. The world we are moving toward in our study of the Course is the real world, that is, the Holy Spirit’s corrected version of our world. Jesus tells us that the bridge to that world is Christ’s vision. It is the source of all miracles. When we ask to see the world differently, we are asking for Christ’s vision of the world. This is a world that is healed of all fear and guilt.

6. This is the Holy Spirit’s single gift; the treasure house to which you can appeal with perfect certainty for all the things that can contribute to your happiness. ²All are laid here already. ³All can be received but for the asking. ⁴Here the door is never locked, and no one is denied his least request or his most urgent need. ⁵There is no sickness not already healed, no lack unsatisfied, no need unmet within this golden treasury of Christ.

7. Here does the world remember what was lost when it was made. ²For here it is repaired, made new again, but in a different light. ³What was to be the home of sin becomes the center of redemption and the hearth of mercy, where the suffering are healed and welcome. ⁴No one will be turned away from this new home, where his salvation waits. ⁵No one is stranger to him. ⁶No one asks for anything of him except the gift of his acceptance of his welcoming.

The real world, the world forgiven is the world without pain and suffering. It is ours for the asking, but of course, we must be willing to give up the world we made from our fear. We cannot hold onto both worlds. If we continue to value what we have, we will not open our hearts to anything else. This is why Jesus spends so much time showing us that what we made is not something we want to keep.

We are also being told that the new world, the real world is something we do want and that it is here already. It is waiting for our acceptance. It is a world where there is no suffering and where there is no need that is unmet. We have those two choices and it makes no sense to keep choosing pain when we could have joy. It is as simple as changing our minds about what we want. It’s interesting how tightly we hold onto what we profess to hate.

The Lillies of Forgiveness

8. Christ’s vision is the holy ground in which the lilies of forgiveness set their roots. ²This is their home. ³They can be brought from here back to the world, but they can never grow in its unnourishing and shallow soil. ⁴They need the light and warmth and kindly care Christ’s charity provides. ⁵They need the love with which He looks on them. ⁶And they become His messengers, who give as they received.

9. Take from His storehouse, that its treasures may increase. ²His lilies do not leave their home when they are carried back into the world. ³Their roots remain. ⁴They do not leave their source, but carry its beneficence with them, and turn the world into a garden like the one they came from, and to which they go again with added fragrance. ⁵Now are they twice blessed. ⁶The messages they brought from Christ have been delivered, and returned to them. ⁷And they return them gladly unto Him.

This is a sweet metaphor that Jesus uses to help us understand how Christ’s vision works. The lilies of forgiveness are the miracles we receive when we forgive. They are not at home in the forgiven world but they can be seen and appreciated here.

10. Behold the store of miracles set out for you to give. ²Are you not worth the gift, when God appointed it be given you? ³Judge not God’s Son, but follow in the way He has established. ⁴Christ has dreamed the dream of a forgiven world. ⁵It is His gift, whereby a sweet transition can be made from death to life; from hopelessness to hope. ⁶Let us an instant dream with Him. ⁷His dream awakens us to truth. ⁸His vision gives the means for a return to our unlost and everlasting sanctity in God.

The real world is a transitional state in which we move from the nightmare that we made into a return to God, to our natural state. The real world is an interim stop on our journey home. It helps us to move gently and without fear into our Divinity. When people Awaken in this world, they begin to move into the forgiven world. From there, the old world is seen but not believed. Where fear and guilt fade away love and peace take their place. From there, the next stop is God.

To enjoy the Pathways of Light Insights on ACIM Lesson 159 click here.