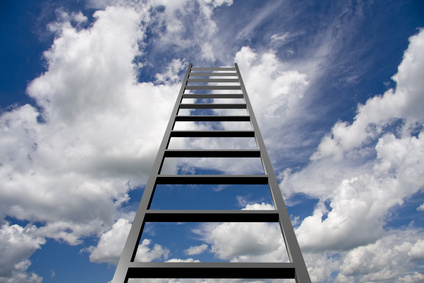 4 Each teaching-learning situation is maximal in the sense that each person involved will learn the most that he can from the other person at that time. 2In this sense, and in this sense only, we can speak of levels of teaching. 3Using the term in this way, the second level of teaching is a more sustained relationship, in which, for a time, two people enter into a fairly intense teaching-learning situation and then appear to separate. 4As with the first level, these meetings are not accidental, nor is what appears to be the end of the relationship a real end. 5Again, each has learned the most he can at the time. 6Yet all who meet will someday meet again, for it is the destiny of all relationships to become holy. 7God is not mistaken in His Son.

The reason we have levels of teaching is that not everyone is ready for a holy relationship at the same time. We have those brief encounters that Jesus talked about in the last paragraph, in which two people encounter each other in passing. They are not unimportant, in fact, that situation affords the two people an opportunity to learn as much as they can at that time and so the learning-teaching situation is maximal. He tells us that it is in this sense only that we speak of levels of teaching.

The second level is the more sustained relationship. This relationship lasts longer and is fairly intense, then, the two separate. I was thinking of my first two marriages. ~smile~ They didn’t last long, but they were definitely intense. I also see that we learned from each other as much as we could. It is not to say that no more could be learned from them, but it was the most that could be done by us at that time.

Even my third marriage would fit into this category. It lasted longer but it did end. However, by this time I had enough understanding to realize that it could still be healed even though we were not together and so I worked at it until that was done. This is a good thing because Jesus tells us that all who meet will someday meet again, for it is the destiny of all relationships to become holy. God is not mistaken in His Son.