ACIM Daily Lesson 46 God is the Love in which I forgive. 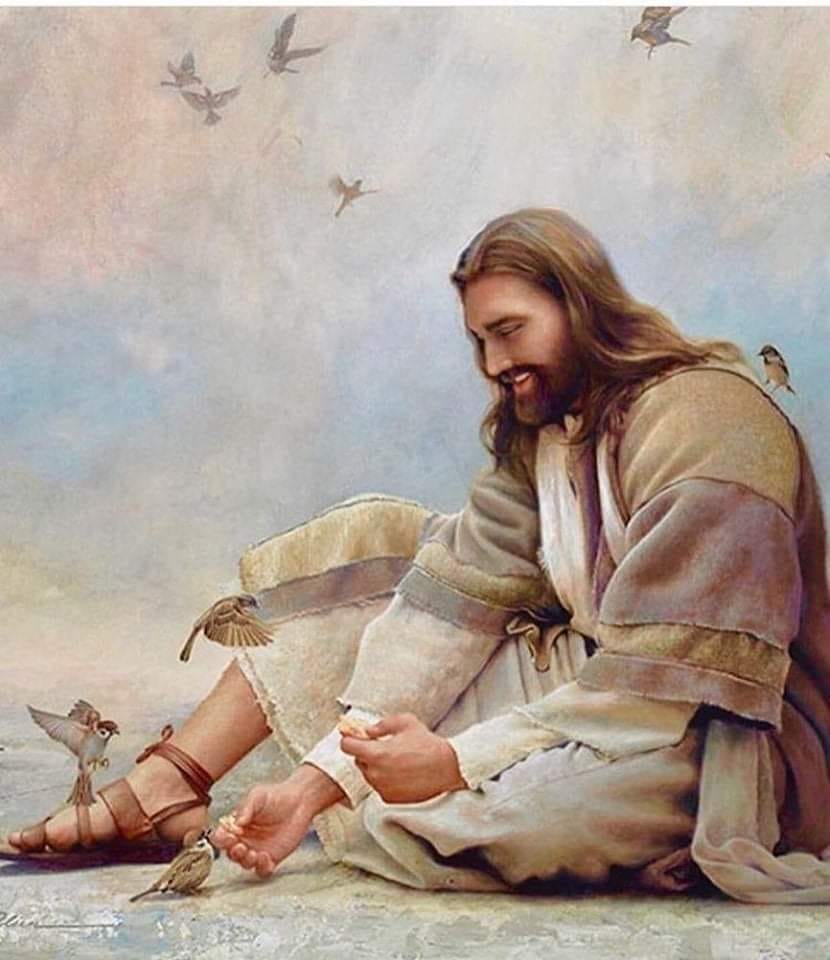 God is the Love in which I forgive.

past contemplations for lesson 46

God is the Love in which I forgive.

1. God does not forgive because He has never condemned. ²And there must be condemnation before forgiveness is necessary. ³Forgiveness is the great need of this world, but that is because it is a world of illusions. ⁴Those who forgive are thus releasing themselves from illusions, while those who withhold forgiveness are binding themselves to them. ⁵As you condemn only yourself, so do you forgive only yourself.

When I was Catholic, I believed in a condemning God and begged and bargained for forgiveness. It was really good news to know that God does not condemn us. So, in reality, there is no need for forgiveness, but we are not dwelling in reality now. We are caught in an illusion of our own making and so we must forgive it to be freed. We forgive the world one person at a time for a while until we begin to understand forgiveness. When I forgive another, I release myself from illusions. When I condemn them, I condemn myself to the world of illusions.

2. Yet although God does not forgive, His Love is nevertheless the basis of forgiveness. ²Fear condemns and love forgives. ³Forgiveness thus undoes what fear has produced, returning the mind to the awareness of God. ⁴For this reason, forgiveness can truly be called salvation. ⁵It is the means by which illusions disappear.

As I read this, I remind myself that there is only fear or love. So, if I feel anger at someone, that anger is an expression of fear. We might also say that fear is wrong-minded thinking or fear is the ego. Another expression of fear is guilt and another would be anxiety. Recognizing the forms of fear, it is easier for me to see how I can condemn others.

For instance, if I thought someone was evil, guilt would be he form fear took. This condemnation would bind me to the illusion of a world of evil. My beliefs about the person being evil would reinforce in my mind the belief in evil. I cannot experience the peace of God if I believe in evil because there is no evil in God. If I believe His creations are evil, I cannot know God.

I can undo these harmful beliefs through forgiveness. From the perspective of the ego-mind this doesn’t seem possible because the ego believes in evil. But I can look at the person and the situation from the perspective of my holy mind. It is as if I took my dark thought of evil and placed it on the altar. There, the Love of God would undo the belief that this one was evil. If I continued to bring all thoughts of evil to the altar to be undone, soon I would stop believing in evil. In this way, I would be saved from my illusions and I would become aware of God.

I Forgive Entirely or Not at All

3. Today’s exercises require at least three full five-minute practice periods, and as many shorter ones as possible. ²Begin the longer practice periods by repeating today’s idea to yourself, as usual. ³Close your eyes as you do so, and spend a minute or two in searching your mind for those whom you have not forgiven. ⁴It does not matter “how much” you have not forgiven them. ⁵You have forgiven them entirely or not at all.

I thought at first that there was no one I haven’t forgiven but then I reconsidered. Jesus says that it doesn’t matter “how much” I haven’t forgiven, that I forgive completely or not at all. So I asked for a name and one came to me. I realized that I had “mostly” forgiven this person and I had to laugh. It is just the ego trap that Jesus warns us about. I’ve learned that if I cannot say that I love this person unconditionally, then I have not forgiven him.

If I think about our history, I find myself justifying my lack of forgiveness. Maybe others would agree with me. But I don’t want to justify anger, I want to be free from anger and judgment.No one ornothing outside me could upset me. I am always upset because of a thought in my mind and so to be free, I must change my thoughts. I place this situation and these thoughts on the altar and ask for Love to heal this. In other words, I practice true forgiveness, forgiveness without limits. My mind is freed.

In My Daily ACIM Lesson, I Only Forgive Myself

4. If you are doing the exercises well you should have no difficulty in finding a number of people you have not forgiven. ²It is a safe rule that anyone you do not like is a suitable subject. ³Mention each one by name, and say:

⁴God is the Love in which I forgive you, [name].

5. The purpose of the first phase of today’s practice periods is to put you in a position to forgive yourself. ²After you have applied the idea to all those who have come to mind, tell yourself:

³God is the Love in which I forgive myself.

⁴Then devote the remainder of the practice period to adding related ideas such as:

If we were not so intent on believing in guilt then we would not be so intent on finding someone else to be the guilty party. If we have any form of fear in our mind, we will try to project that fear. This is why I often remind myself that I am not actually forgiving anyone else. I am forgiving my projections onto them. In other words, I am forgiving myself. When my mind is forgiven, that is, when it is healed through the Love of God, I will not see guilt (fear) anywhere.

A Very Productive Day of Forgiveness

6. The form of the application may vary considerably, but the central idea should not be lost sight of. ²You might say, for example:

³I cannot be guilty because I am a Son of God.
⁴I have already been forgiven.
⁵No fear is possible in a mind beloved of God.
⁶There is no need to attack because love has forgiven me.

⁷The practice period should end, however, with a repetition of today’s idea as originally stated.

7. The shorter practice periods may consist either of a repetition of the idea for today in the original or in a related form, as you prefer. ²Be sure, however, to make more specific applications if they are needed. ³They will be needed at any time during the day when you become aware of any kind of negative reaction to anyone, present or not. ⁴In that event, tell him silently:

⁵God is the Love in which I forgive you.

As I was finishing up this lesson, I thought of someone I don’t particularly enjoy talking to. I don’t hate her and I do talk to her but still, I would prefer not to do so. This is one of those sneaky ego unforgiven thoughts. I placed this relationship on the altar so that God’s Love could heal it. Then I thought about the ways in which I have not forgiven myself. These were subtle as well, what we might call idle thoughts but then Jesus says there is no such thing. He says that all thoughts produce form at some level. So I have asked the Holy Spirit to show me these thoughts as well so that they can be forgiven. Today is going to be a very productive day of forgiveness.

To enjoy the Pathways of Light Insights on ACIM Lesson 146 click here.