ACIM Daily Lesson 108 To give and to receive are one in truth. 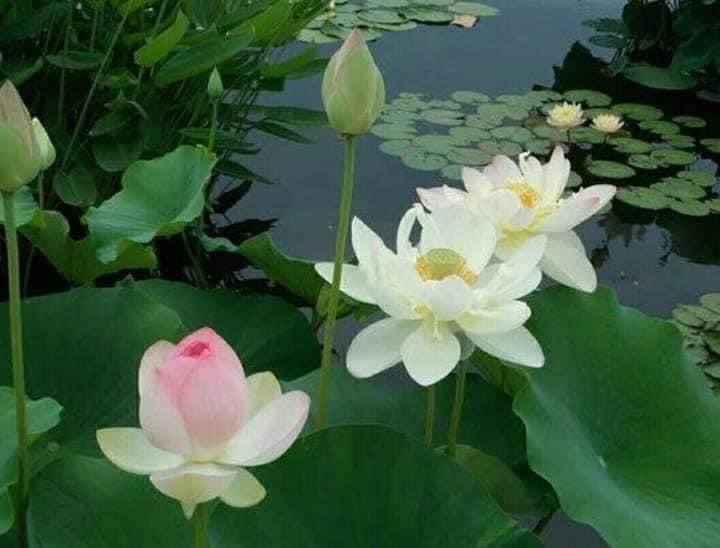 To give and to receive are one in truth.

past contemplation of lesson 108

To give and to receive are one in truth.

1. Vision depends upon today’s idea. ²The light is in it, for it reconciles all seeming opposites. ³And what is light except the resolution, born of peace, of all your conflicts and mistaken thoughts into one concept which is wholly true? ⁴Even that one will disappear, because the Thought behind it will appear instead to take its place. ⁵And now you are at peace forever, for the dream is over then.

2. True light that makes true vision possible is not the light the body’s eyes behold. ²It is a state of mind that has become so unified that darkness cannot be perceived at all. ³And thus what is the same is seen as one, while what is not the same remains unnoticed, for it is not there.

Our purpose here is to undo the idea of separation and see ourselves as one. Today’s idea that to give and receive are one, if accepted, does this for us. It reconciles all opposites and fills the mind with light so that we can, at last, truly see. We are filled with conflicting ideas in this world and even we understand that they cannot all be true.

This is a terrible way to live, never feeling certain. The feeling of uncertainty is probably why we fight to be right. We do this even as the insistence on being right rather than happy is causing so much suffering. We long for stability, trust, and to feel safe. But because we are all one, we cannot have this until we all have it. We need one concept that is wholly true.

The light in our mind that unifies makes true vision possible. This isn’t anything we see with the body’s eyes because the body is part of the illusion. It is the light of the Oneness that shows us what is true. Jesus describes it here as a state of mind that has become so unified that darkness cannot be perceived at all.

Can you imagine this? What would be like to have no dark thoughts at all? I would never again have the thought that something is wrong, that I have been attacked, that I have the need to defend myself. Never again would I be afraid for myself or for my children or anyone else in the world. I would not worry about what happens in the illusion, what happens to bodies or to an imagined world. There would be absolute unending peace, and I would always be happy. I would certainly never feel lonely again knowing that I am never alone but am always and forever part of a Whole.

All of the dark thoughts in our minds are a reflection of the one thought that we are separate from each other and from our Creator. Vision shows us that this is not true. It reveals our oneness. With this vision, our minds are healed and we can heal. We share this vision with other minds and they share it with still more minds. This is how we awaken the Sonship from this long dream of separation. Each of us is enlightened as we share the vision of oneness.

I don’t know how this occurs for others, but for me, it was a slow step-by-step process as I looked with the Holy Spirit at much of the darkness in my mind. As I was able, I released what I found there to Him and I accepted His healing. At some point, I realized I had reached a state of fundamental well-being that did not depend on circumstances to uphold it.

It is not complete, not in the way Jesus describes it here, but my mind continues to heal and at a faster rate now. Here is an example from my life. This happened last year but it is a helpful example so I am sharing it again. One day my daughter was told by her doctor that there were signs that there was a problem with her heart, that she may have had a heart attack. She had to undergo a battery of tests over a two-day period. I was worried about this situation, but at the same time, I wasn’t.

It is very strange the way this works. I was aware of intermittent fear thoughts in my mind, but I know that if this had happened before I shifted, it would have been two really awful days. It would have been impossible for me to function on a normal level. I would have cried and insisted on being with her throughout the ordeal. I would have called everyone I knew to talk it out.

But that’s not what happened. I didn’t try to be fearless, instead, I kept watching my mind for fear thoughts. When they showed up, I asked the Holy Spirit to correct them and to show me another way to see this situation. I let Him guide me through the days, showing me how to maintain my peace. When my mind would go to “what if thoughts” I would be guided back to the present moment.

I was guided to the perfect passages in the Course to remind me of the truth. I was also reminded that our minds are one and so I shared thoughts with my daughter that were true and helpful, not in words so much, but in the more powerful way of mind to mind. Here are a couple of quotes He led me to.

I remembered that our minds are one and so I kept in my mind on what she needed in her mind.

4. Here are both giving and receiving seen as different aspects of one Thought whose truth does not depend on which is seen as first, nor which appears to be in second place. ²Here it is understood that both occur together, that the Thought remain complete. ³And in this understanding is the base on which all opposites are reconciled, because they are perceived from the same frame of reference which unifies this Thought.

5. One thought, completely unified, will serve to unify all thought. ²This is the same as saying one correction will suffice for all correction, or that to forgive one brother wholly is enough to bring salvation to all minds. ³For these are but some special cases of one law which holds for every kind of learning, if it be directed by the One Who knows the truth.

6. To learn that giving and receiving are the same has special usefulness, because it can be tried so easily and seen as true. ²And when this special case has proved it always works, in every circumstance where it is tried, the thought behind it can be generalized to other areas of doubt and double vision. ³And from there it will extend, and finally arrive at the one Thought which underlies them all.

The situation with my daughter might seem isolated, but it proves the idea that giving and receiving are the same. I have had many such experiences in the last few years, and especially so in the last two years, and I have, in many ways, generalized what I have learned. I tend to see with single vision now with only occasional bouts of double vision where I see the truth and then the illusion and back to the truth. This bouncing around will end as I continue my vigilance and continue to trust and follow guidance.

To enjoy the Pathways of Light Insights on ACIM Lesson 108 click here.