Principle 18 A miracle is a service. It is the maximal service you can render to another. Principle 19 Miracles make minds one in God. Principle 20 Miracles reawaken the awareness that the spirit, not the body, is the altar of truth. 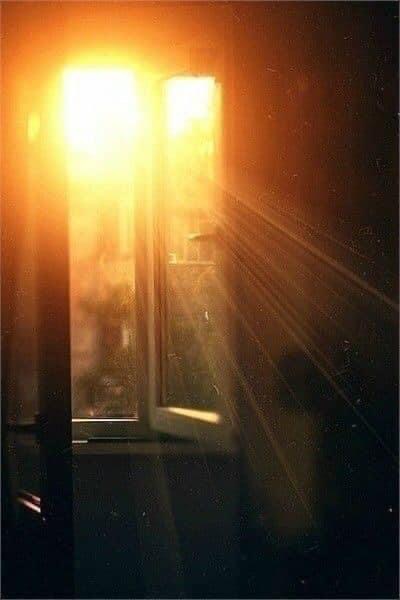 18 A miracle is a service. It is the maximal service you can render to another. It is a way of loving your neighbor as yourself. You recognize your own and your neighbor’s worth simultaneously.

When I was deciding what I wanted to take in college, I thought about nursing, but only for a second because I knew that I could not do that. I thought about teaching and thought that was something I could do, so I studied to be a teacher. Toward the end, I realized I didn’t want to be a teacher, so I quit. But I always wanted to be of service, even back then, when I was mostly self-centered, I felt drawn to serve. That was my true Self, moving me gently toward my life purpose.

I would never have been open to the idea of miracles at that time, and if I had the impulse, it would have been subverted by the ego because I needed purification first. I could not have imagined where my story would take me or even that there was something outside me guiding me to this place in my life. But in retrospect, I see that this was happening. I am meant to serve, and it seems that miracles are the service I am meant to perform.

I’m Not In Charge

I cannot know what that means in terms of what I am to do, what miracle I am to perform, and when, and that’s ok because it is not my job to make that decision. Jesus is in charge of this project, and I only need to be open and willing, and everything will be done through me. I don’t even need to know it happened. Through my willingness, love moves through me to my neighbor, and in doing so, we are both uplifted and healed. Could anything be simpler?

Here is an example of how this has happened to me. I had some work done on the outside of the house. It was not done to my specifications, and so, at first, I was disappointed and judged the contractor. But that lasted only a few minutes. I then decided to change my mind about that. I looked at the situation with the Holy Spirit, and He corrected my thinking. That was the miracle, that change of mind.

With a clear mind, I was able to be grateful that the work was done. I was also certain that he knew he had not done a good job. When we take what is not ours at someone else’s expense, we feel guilty even when we deny the guilt. So, I did not add to his guilt by calling him on it. I forgave the idea that he was guilty. Instead, I mentally blessed him with the truth that he will always be innocent.

19 Miracles make minds one in God. They depend on cooperation, because the Sonship is the sum of all that God created. Miracles therefore reflect the laws of eternity, not of time.

Miracles occur on the level of mind, and so are outside time, space, and bodies. The miracle brings our awareness back to reality, so we remember that we are one in God through the miracle. A student and I were discussing her work, and suddenly I suggested something she might do to bring about healing. I had no idea I would do that or what I would say until I said it. The impulse did not come from me but through me.

I had no idea that the suggestion was important or meaningful to the student. I discovered how important and how healing it was later. This is a miracle. It happened on the level of mind, and the true gift is the joining at that level my student and I experienced. Neither one of us will ever again be able to think of our minds as separate.

We only seem to be separate and have separate thoughts, but this is an illusion. In truth, there is no gap between my mind and her mind. And thus, love flows unimpeded from one to another. Love takes whatever form is helpful at that moment and in a way that is recognizable to both.

This kind of thing happens all the time now because I am a more open and willing channel than I used to be.  I become willing to be lived and to get my self out of the way. That means I ignore the ego impulse to decide on my own, to make my own decisions, and make my own plans. The miracle of love moving through the one mind we are becomes clear, and my conviction grows. It grows for the one I have joined with as well. It is a very humbling experience.

20 Miracles reawaken the awareness that the spirit, not the body, is the altar of truth. This is the recognition that leads to the healing power of the miracle.

I used to get bad headaches, and when that happens, my first thought is, “What triggered this headache?” I wondered if it could be something I ate or sitting for too long at the computer. Keeping a journal of what I had been doing when it occurred seemed like a good idea. I thought it would lead to the cause and, thus, to the solution. I was making the body the altar of truth, looking to the body for the cause and for the solution, looking to the body to tell me the truth.

What a joke I was playing on myself! As if the body, which is an illusion, could be the cause of anything. Now when I have a headache, I might still, out of habit, wonder what caused it, but I quickly pop back into reality. I caused it, just as it tells me in Lesson 152: The power of decision is my own. No one suffers pain except his choice elects this state for him. I am now aware that spirit is the altar of truth.

Another lesson that was helpful when I was dealing with constant pain is Lesson 190. It says that pain is not real, and one day I decided that this must be true. It only makes sense that if it is not part of God, then it cannot exist. I began to practice this idea every time I experienced pain. Eventually, my practice led to greater conviction, and I realized the chronic pain I had experienced for years was no longer there.

As I had been doing my practice, I would ask the Holy Spirit to join with me and heal me, that is, undo my ego belief in pain. Because I really wanted this, the prayer was answered. As I became ready, it began manifesting in my human experience and became apparent even there. While still in the middle of the process, I would take medication that I had given the power to relieve the pain, but that did not heal me.

Even if there were a cure for headaches, it would only be a way of allowing a frightened mind to accept the miracle because medicine does not heal without our permission. It is only at the level of spirit that healing occurs. I have experienced the miracle, and I will never again be able to believe in the body as the altar of truth.

I still get headaches occasionally or other pain because I have not completely let go of the value I have placed on sickness. But I also never believe it has anything to do with the body except that the body is the screen onto which I project that belief. The body will never again be the altar of truth for me. This is good because, as the lesson says, “This is the recognition that leads to the healing power of the miracle.”

Would you like a Pathways of Minister to join you in true prayer? Click Here for more information.